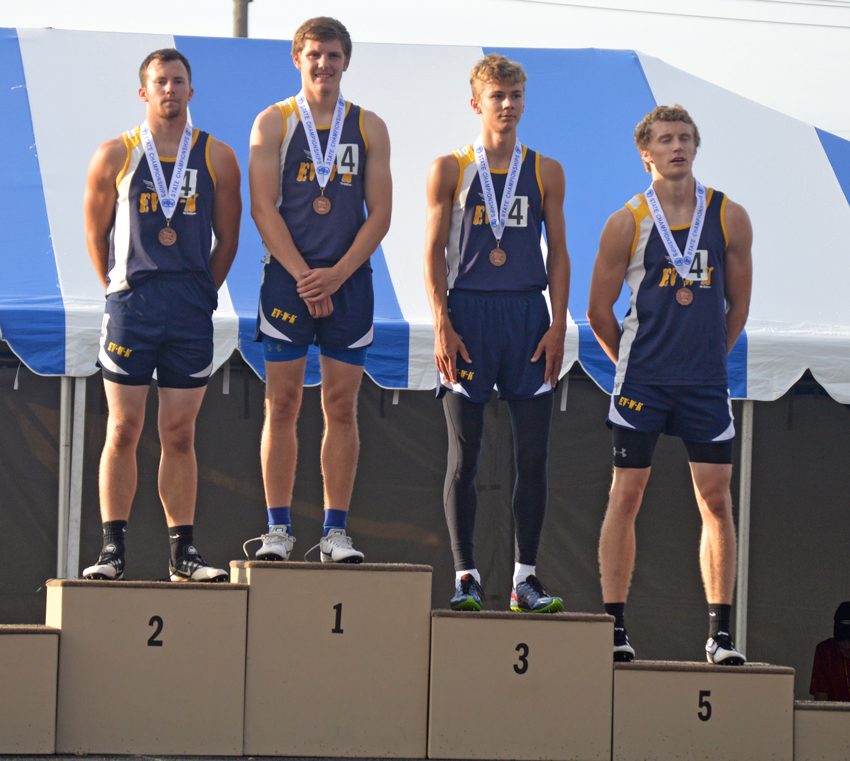 Putting a cap on a brilliant season, the EV-W/K tracksters looked awesome in the

state track and field championships at Hamline University on Friday and Saturday, June 8 and 9. Matthew Notch, Hayden Gagnon, Jamison Kuechle, Jake Blommer, and Hannah Ehlinger received all-state status in all of their events. Matthew Notch cemented fifth place in the high jump (6-03.00), third in the 4×400 relay (3:27.20), and second in the 400 meter dash. Matt broke his own record for the last time in the finals, running a 49.23. The 4×400 relay team broke the school record in the preliminaries, by running a 3:24.26; and finished third in the finals (3:27.20). Team members were Jamison Kuechle, Hayden Gagnon, Jake Blommer and Matthew Notch; Parker Kenning joined the team as an alternate. Hannah Ehlinger captured an impressive second place in the high jump competition (5-04.00).