John Schiefelbein of Waseca died Friday, July 16, 2021, at Methodist Hospital in Rochester. He was 85. 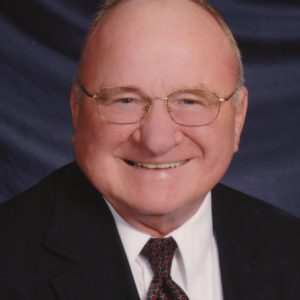 Funeral Mass will be held at 10:30 a.m. Wednesday, July 21, at Sacred Heart Catholic Church in Waseca. Burial will follow at Calvary Cemetery in Waseca. Visitation will be from 4-7 p.m. Tuesday, July 20, at the Third Street Chapel of Dennis Funeral & Cremation Services in Waseca, with a 6:30 p.m. rosary and parish prayer service. Visitation will resume Wednesday for one hour before services at the church.

John William Schiefelbein was born Feb. 14, 1936, in Minneapolis to Frank and Lucille (Knaeble) Schiefelbein. John graduated from St. Thomas Academy in 1954 and went on to earn his Bachelor’s and Master’s degrees from the University of Minnesota, Twin Cities. John married Patricia Wasik on April 12, 1958, in Columbia Heights. Following their marriage, they lived and farmed in the Kimball area before moving to Waseca in 1967 where he began his long and successful career with Birds Eye.

John loved gardening and raising animals on his own “paradise” in Blooming Grove Township. He was happiest weeding and tending his vegetable garden; his large onions were legendary. He loved spending time with his family, and enjoyed their many fishing trips to Northern Minnesota. John was an active member of Sacred Heart Catholic Church where he had served on the parish council and participated in daily adoration.

John was preceded in death by his wife Pat, son Jim, his parents, and brothers Charles and Ricky.