Sherill Fischer of Waite Park, formerly of Kimball, died Monday, Sept. 20, 2021, at his Waite Park home under hospice care. He was 82. 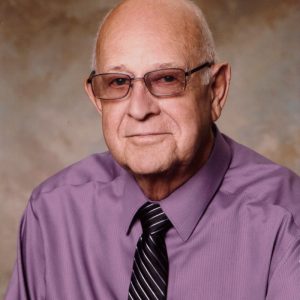 Memorial services will be at 11 a.m. Friday, Sept. 24, at St. John’s Lutheran Church in Kimball with Rev. David Milz officiating. Private family burial will follow at Kimball Cemetery. Visitation will begin at 9:30 a.m. Friday at the church. The service will be live-streamed on the Dingmann Funeral Care website.

Sherill Leslie Fischer was born Feb. 15, 1939, in Maine Prairie Township to Tjabe “Jake” and Olive (Cossairt) Fischer. He was baptized and confirmed in his faith at Concordia Lutheran Church in Fair Haven. He attended school in Kimball, graduating in 1956. At the age of 17, Sherill enlisted in the United States Army where he honorably served his country during the Korean War. After completing basic training, he was stationed in Korea for 16 months. Sherill was united in marriage to his high school sweetheart Mary Vincent on Sept. 13, 1958, at Kimball United Methodist Church. Upon his discharge in 1959, Sherill and Mary returned to Kimball where they raised their three sons. Sherill worked for the Fair Haven Creamery for three years before going to work for Northern States Power Company for 33 years; he retired in 1996. During his time at NSP, Sherill worked as a lineman for 19 years, followed by 14 years as a construction designer. Sherill was an active member of the Kimball community. He was an elder and trustee at St. John’s Lutheran Church, a charter member of the Kimball Lions Club, and a volunteer fireman with the Kimball Fire Department for 23 years. Sherill enjoyed spending time at the trailer in northern Minnesota, and trips down south in the winter. He liked to fish, play a game of cards, and spend time doing woodworking. Sherill’s greatest enjoyment in life came from spending time with his family, especially his grandchildren and great-grandchildren. Grandpa Sherill especially enjoyed watching his great-grandchildren in their school sporting events.

Sherill was preceded in death by his parents, sister Lorraine (and Leland), and brothers Wayne (and Janyce) Fischer, and Alvin (and Vernis) Fischer.

He is survived by his wife of 63 years Mary Fischer of Waite Park; children Scott Fischer of Kimball, Joe (and Lisa) Fischer of South Haven, and Todd (and Pam) Fischer of Kimball; grandchildren Alisha (and Jeremy) Kuechle, Preston (and Hannah) Fischer, Jack Fischer, Shawn (and Monya) Kalkbrenner, and Eric (and Kristi) Kalkbrenner; great-grandchildren Cailyn, Ellie, Brookelyn, Hope, Jaxson, Brayton, Nora, Haley, and Kendra; brother Dale (and Shirley) Fischer of Clearwater; brother-in-law Robert (and Carol Vincent; and “Grandpa 3” to some nieces and nephews.