After a postponed 2020 season, the Minnesota Renaissance Festival returned starting Aug. 21 for the 2021 season.

The Watkins Clippers hosted the Kimball Express in a game to determine #1 seed going into the Region 11C playoffs. Kimball won the game, 12-1, to earn #1 seed; Watkins earned #2. 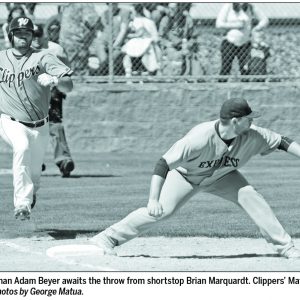 National Night Out was celebrated across Minnesota and the U.S. on Aug. 3. 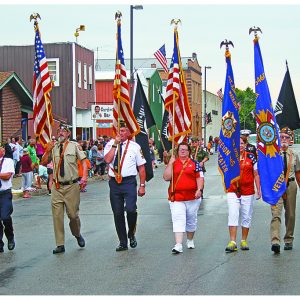 The 72nd annual Cokato Corn Carnival was Aug. 9-11, back and better than ever.

The Slew Foot Family Singers performed at the Music in the Park event at Friederichs Park in Eden Valley Aug. 12.

The Kimball Express and Watkins Clippers won shut-out games against their respective playoff opponents and would face each other for the regional amateur baseball championship.

Kimball Days returned this year, the 40th year of the celebration, held throughout the week of Aug. 8-15. Jerry and Joyce Albert were the Grand Marshals of the parade, and the Kimball Lions 5K run was a fundraiser for the Alberts and Jerry’s battle with esophageal cancer; Jerry succumbed to cancer later this year, and Joyce followed him just weeks later from COVID-19. New this year was a kids’ scavenger hunt, Teddy Bear Band concert, chicken drop BINGO, and Strider electric bike races. All four Little Miss Kimball candidates will represent Kimball as Ambassadors in the coming year: Lauren Juhl, Evelyn Zwack, Alexis Lesnau, and Holly Helgeson. 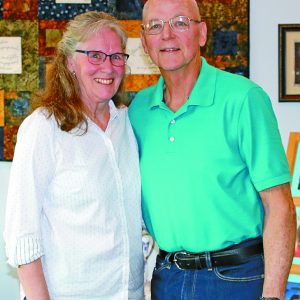 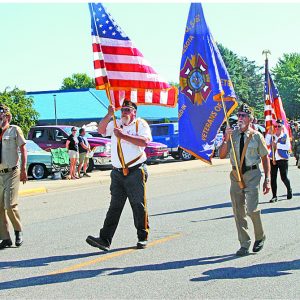 The New London-New Brighton Antique Car Run ran again in 2021, again stopping in downtown Kingston for lunch on Aug. 14 (sponsored by the Kingston Lions Club). This was the 35th anniversary of the popular car run.

The 10th annual Judy Pauls Memorial Bike Run happened Aug. 14, starting at Bud’s Bar in Watkins. The proceeds from this year’s cancer fundraiser were to benefit Eden Faber and her family.

The Watkins American Legion Post #453 celebrated its 100th anniversary on Aug. 15 at the Legion Club/Village Hall. Sen. Tom Newman was the guest speaker, and Gig Noonan performed at the open house.

After a week of competition Aug. 4-14 at the Grand American World Trapshooting Championships in Sparta, Ill., Jack Knaus of Kimball emerged as the new High Over All (HOA) world champion. Throughout the week, Knaus only missed 14 of 1,000 targets he was thrown.

The Watkins Swimming Pool closed for the season on Aug. 22. It was a season shorter than usual, and without swimming lessons; the city hopes to return to normal next summer.

The Kimball Area Chamber of Commerce hosted a luncheon Aug. 25 for Kimball teachers and staff at the Kimball Lions Shelter in Willow Creek Park. This was their first day of in-service, preparing for the school year to start this week. Coborn’s, which recently started a Cash Wise grocery pick-up site in Kimball, graciously provided the food for lunch.

After many months of preparation, the Kimball Boy Scout Troop 357 traveled to Scout Camp Philmont in New Mexico, with many other adventures scheduled along the way. The 10-day trip was enjoyed by eight Scouts and three leaders.

Kimball VEX IQ Robotics held a camp Aug. 23-25 for grades 3-6. The camp comes after a successful first season of the program at Kimball.

The Minnesota Raptor Center came to the Eden Valley Area Library Aug. 25 to present a program, as part of the library’s designation of August as a time to observe Minnesota’s birds.

The Kimball American Legion Post #261 celebrated its 100th anniversary Aug. 28 with exhibits, and a hog roast meal, at the Legion Club.

The Kimball Express faced the Alexandria Black Sox on Aug. 28 and lost, 2-1, after an 11th-inning rally by the Alexandria team. This loss ended the Express run in the state tournament.

A postal rate increase went into effect on Aug. 29 this year. First-class stamps increased from $.55 to $.58 (about 5%). The cost of mailing newspapers, including the Tri-County News, increased a whopping 9% across the board with this single increase.

This summer, along with the Marty memorial to the three National Guard crewmen who perished in a helicopter crash there, a field adjoining the memorial was planted in sunflowers by Johnny Fish and Fish Sunflowers. The intent was to bring a little extra “sunshine” to those visiting the memorial.

To be continued next week.